The legal industry is about people, and that’s where any change needs to start

I’ve worked in the legal sector and I think those in the industry will be the first to admit that it isn’t always at the bleeding edge of digital innovation.

But to some extent, that’s because it’s not needed to be.

There’s sometimes a lot of hype in the technology industry that whatever product or service is being sold is going to be ‘disruptive’. But just because innovations work in one industry it doesn’t mean it’s right for all, and not every change has to be earth shattering, The legal profession is, first and foremost, a people-led industry. Sometimes it’s okay to say “we’re good, but we know we can be better.”

When it comes to technology in the legal industry in particular, the needle is perhaps too far into local autonomy and bespoke implementations. Efficiency and scale won’t happen until that starts to tilt more in favour of enterprise platforms such as ServiceNow that aim to support more people in a standardised way and at greater scale.

In many organisations stakeholders are wary of losing autonomy and seeing their entrepreneurialism stifled. That’s why it’s vital that any change still starts with those people at the local level.

You may encounter resistance, as that’s very much how the human brain works when it comes to larger changes. But if you get those people involved and they feel they've had input into the design of a solution that will support and improve how they work you'll get better results. Treat them as what they are: the subject matter experts.

The recent pandemic has also been a motivator for change. That conversation that was an informal chat was suddenly thrown into disarray when the lockdown occurred, so the legal sector needs to find a way to manage and utilise its resources more efficiently in a remote world.

System of record vs system of action

The legal sector already has effective tools that act as systems of record (e.g. off the shelf solutions for case management). While ServiceNow can happily act as a system of record, I feel its strength is as a system of action for the legal industry.

In short, it’s the machine that can make things happen in between – where the systems don’t speak to each other and the processes aren’t connected. It gets stuff done.

Take pool resources, for example. Any department that is there to support the business such as marketing or paralegal. Does your organisation understand what resource is available? How is it utilised? How easy is it to request and book this resource? This is the sort of area where a ServiceNow workflow can really add value.

The great thing with ServiceNow is once you have one process setup, it’s then much easier to replicate and adapt it for similar functions within the business. The benefits gained in one function may lead to further improvements in other areas. Once one department starts to see benefits it’s not uncommon for another to say ‘I want a piece of that’.

Once these sorts of processes are in place it’s not necessarily going to be a sexy transformation experience that some organisations would like to sell. But it does make a difference. It will make it easier to manage and request resources and, perhaps more importantly, it’ll give greater understanding on utilisation and how best to maximise the value of these teams.

For the teams themselves it can remove some unnecessary administrative burden so they can focus on work that brings more meaningful value to the organisation and to their own roles.

It remains all about the people

As you can see from my suggestions it’s not about disruption, it’s about improvement. It’s about taking the teams of talented people you have and unlocking them for the organisation. To better access, manage and maximise the value of those teams.

An automation platform like ServiceNow has a strong role to play in the legal sector, but it starts with people. Making their roles more dynamic and enjoyable can help job satisfaction, recruitment and retention and the focus on billable work not mundane admin is a win for everyone involved. 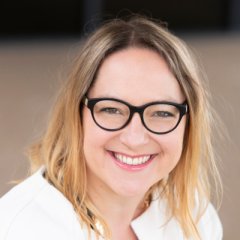